I live for music. Music is my life. I love listening to it and making it. A world without music, for me, would be a pretty shitty world. Especially now, I practically live in my headphones. It’s an escape. It blocks out the world and putting your earphones in is the universal sign for fuck off and don’t talk to me. It’s like a way to tell someone to get lost without actually screaming in their face.

I would fall apart without music. The only thing that stops me crying is putting my earphones in and just sitting and staring into nothing. I wish I could listen to music in class. It would keep me so much calmer!

So yeah, I just thought that I would express my undying love for music!

I hate it when people just assume things. They think they know everything, when in fact, they have no idea what’s actually going on. The same as jumping to conclusions. Just let things play out and then judge it. Don’t judge halfway through. Again that saying ‘Don’t judge a book by it’s cover’, says everything. You can’t just presume what someone is like by looking at them.

If you wonder what I’m getting at, it’s this. People look at me and think ‘She has an easy life’ everyone has secrets and you don’t know all of them and never will. You won’t know their history, their likes, dislikes and you won’t know them. You can be best friends with someone and I can guarantee that there is something they won’t know about you. You may think that your problem is the worst and that it makes your life awful but that problem might be nothing to someone else. My point is everyone has problems and to you they might seem like nothing but to them, their problem is equally as bad as yours.

Sorry about the rant, I just felt a bit angry and needed to say how I felt! Sorry for not posting yesterday, I forgot what day it was and that I was meant to be posting something!

Yeah so my leg is really itchy and has been for like three days and I don’t know what’s wrong with it! There are no visible signs of anything and it’s really, really itchy! Ahhhhhhhh it’s so annoying!

I’m going swimming tomorrow morning! It’s the first time since November (I went once in January, but I was only in the pool for 30 minutes so it doesn’t count!)! and for someone who is used to training 7-9 hours a week that is a really long time! It’s not a training session but it’s a start. I’m only going because my Dad is teaching some private swimming lessons and then taking me to the doctors so he said that I may as well come to the pool and swim for a bit.

The itch has stopped now. It will be back in about and hour though!

Room update: As you know my room is being redecorated. The picture in my previous post shows the wall being pulled down ready for my walk-in wardrobe. Now that wall has been replaced and has an archway cut in it. It has also been boarded out in the actual wardrobe ready for flooring and painting! Now my Dad is pulling down the roof in the study (next to my room) because it was rotting and ready to fall down.

It’s my Dad’s birthday today and his present didn’t arrive even though I payed like £6 extra for next day delivery. Fucking amazon with their stupid fucking ‘next day deliveries that don’t arrive the next fucking day’

I learnt how to play Bella Hemming’s ‘She might love you if you learnt to play guitar’ on the ukulele without mucking up the Gm chord!

I am sat in my fluffy onesie writing this because I am cold and my Mum sewed up the hole that I found yesterday on it so now it is hole free!

I am addicted to this game called ‘Real Racing 3′. It is DA BOMB! It is awesome but it’s much better to play on the iPad instead of the iPhone or iPod. Probably because it’s a bigger screen.

Anyway I must go. I’m tired and I must watch some more episodes of Doctor Who. I do love shouting the fact that I really don’t like Christopher Eccleston as the Doctor. Urgh, he is too angry and harsh and he shouts too much! 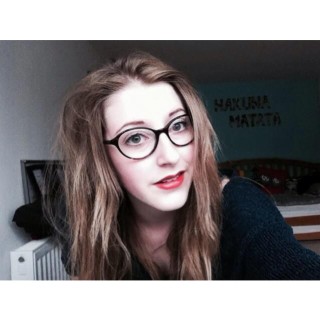